Understanding Culture Within an Organisation

Culture encompasses the elements of norms, values, beliefs, language, technologies, traditions and symbols. In an organisational context, intentional culture design starts with setting the vision, as well as the values that are to be lived by, to pursue that vision. This is the first step. Then it comes to how we do what we have identified. Knowledge and subsequent training are significant spokes throughout the organisational system, however, without infrastructure that is aligned to address integration needs and without the ingrained process of action reflection, knowledge loses its power.

Too often the reality is that culture is the very thing that creates splitting and blaming in vast organisational structures. The reason for this is that the elements of culture as identified, are different as you move through the system. This is called a misalignment, causing disengagement from the organisational vision. Furthermore, the setting of vision and values can prove counterproductive and feed negativity when misalignment is present, leading to disillusionment for your people. For example, formally identifying one of the organisational values as ‘integrity’ and yet the people of the organisation not feeling they are treated with integrity, in the messaging and actions coming through to them on a daily basis.


Organisational culture can bind us or it can destroy us.

Organisational culture reflects the ‘people focussed’ design of an organisation. Many organisations already have the culture fundamentals of vision and values, operating systems and leadership training. To enable these outputs to translate into the desired culture outcomes, they also need a living system focussed on integration, a system that is responsive to the challenges of social complexity. This doesn't necessarily require rebuilding the organisation. In fact, this is often where organisations head off track, change endeavours involving restructure or upskilling of leadership will not address organisational culture problems.

Your approach should have two purposes...

1) to move you closer to your goal, and

2) to train and test your machine (your people and design).

The second purpose is more important than the first because it is how you build a solid organisation that works well in all cases.

Achieving desired organisational culture outcomes requires recognising that there is a 'machine' within your organisation that drives your people. Ensuring that it is running to its optimum involves creating the structural linkages to build on what you have already developed in your organisation. This starts with the vision at the top level, followed by an engagement process building up to align your people to that vision. Engaging this big picture strategy, focussed on alignment of the top down/bottom up perspectives, alongside of the alignment of the key 'cogs' of your organisational people system including communication looping, enables optimum workplace culture and workforce performance to be defined, achieved and most significantly, sustained. 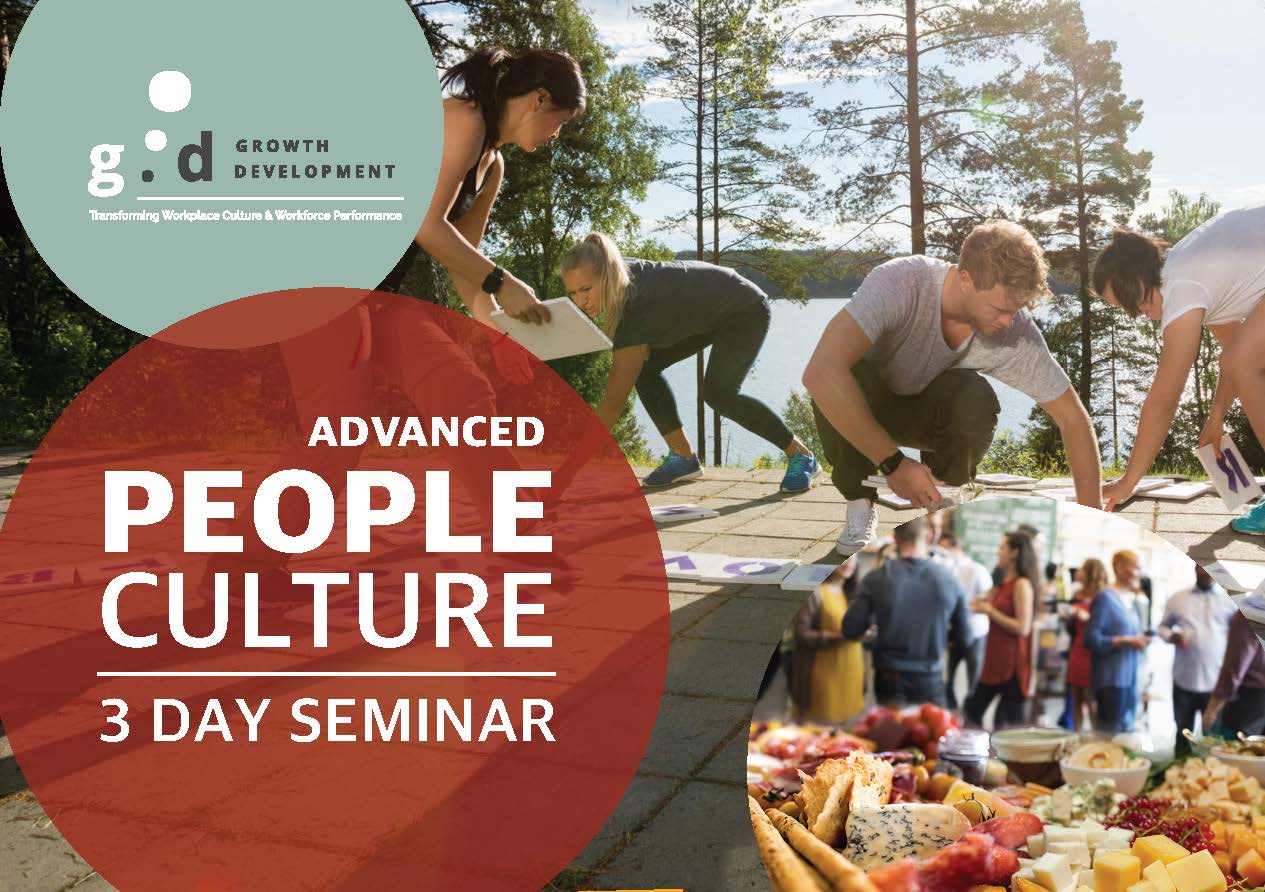 Growth Development’s vision is a changed world through unleashing the potential of organisations and communities to be connected, inspired and committed to united growth.